During Jesus’ teaching ministry, he told a parable that illustrated the finality of choosing our own way rather than acknowledging the fact that only God’s redemption plan has a happy ending. (Luke 16:19-31). I wrote my own little story based on his words.

*************************************************
Once upon a time there was a rich, successful man that wanted for nothing. He had all of the latest gadgets, a summer home on the lake, and enough disposable income to wine and dine as he liked. One day as he relaxed in front of his wall mounted flat screen television, he was disturbed by a noise coming from behind his house. Irritated, he went to see what the commotion was and there he found a poor, homeless bum, stinky and dirty, searching through his garbage for scraps of food. The rich man shook his head and went back into his house thinking to himself how much better he was than this bum. Presuming that he had it all figured out.

Eventually this rich man and the homeless bum both met their fate and came to the end of their life on earth. Having put all his faith in his success and his wealth, this man had never felt the need to acknowledge that he needed a Savior.  After all, he was a decent guy and he was certainly strong enough to handle life without any help.  He even went to church every now and then.  But he never let the message of salvation change him. He didn’t decide to put his faith in the Jesus he heard about. He had determined that he was just fine on his own.  So you can imagine his surprise  when he was suddenly face-to-face with Jesus and none of the things he valued and depended on mattered anymore.  Instead of patting him on the back and applauding his accomplishments, Jesus sent him away saying, “I never knew you.”  And in a moment the rich man was cast away to a place of eternal torment.

As he suffered in anguish he caught a glimpse of another place, a wonderful place where there was no suffering or sorrow. And there he recognized the bum that he had seen digging through his garbage. The bum looked different. He was all cleaned up and he did not look miserable, hungry or lonely anymore. The rich man recognized others that he had known on earth, too. All the “Jesus freaks” that he thought were so weak, needing the crutch of religion to give them hope. He recognized a pastor that had once given him a Bible and had tried to warn him of his fate if he continued to deny Jesus. The rich man cried out to him – “Sir, it is unbearably hot here and I am burning up. Could one of you please just sprinkle some water on me to cool me?”

The pastor replied, “I know you loved all the good things you had on earth and pitied this homeless man when he searched garbages for food. But it is different now. All of those things you lived for belong to someone else and can do you no good where you are, and this man will never be hungry again.  And even if we wanted to offer you some comfort in your endless anguish, we cannot. There has been placed a large chasm between your eternal resting place and ours that no one can cross through.”

It was too late. No regret or longing to go back in time was going to change a thing.  In his despair, the rich man was suddenly concerned that his family would one day suffer the same eternal fate and he begged.  “Well then can you please send someone back to my family? You must tell them how horrible their fate will be if they don’t repent and turn to Jesus.  I can’t bear the thought of them ending up in this place of eternal torment, too.”

The pastor replied.  “They are being warned just as you were – through people God places in their lives and through the Word of God, the Bible, that sits collecting dust on the shelf.  If their hearts are too hard to believe the message of salvation through Christ alone, then us going to them won’t make a difference.”

*************************************************
The definition of parable is “a story told to illustrate a truth”. Jesus didn’t just tell these stories to entertain his audience. He told them in order to make them understand his message. He told them so that they could see themselves in the scenarios and clearly see what they needed to do. Do you see yourself in the scenario above?  Whether you like it or not, you’re going to end up on one side of the chasm or the other.  Are you 100% sure that whatever it is you’ve chosen to put your faith in is going to get you where you want to be?  Are you sure you’re good enough?  And what if you do fall short because you are, after all, human?  Is there any way to make up the difference?  Odds are you know the answer to that. Someone has told you somewhere along the way.

Salvation is available because Jesus paid the price for our sins when he died a sinners death on the cross. And he conquered death when he rose again. He did all that for you!  What are you waiting for?

For everyone has sinned; we all fall short of God’s glorious standard. (‭Romans‬ ‭3‬:‭23‬ NLT). As the Scriptures say, “No one is righteous— not even one. (‭Romans‬ ‭3‬:‭10‬ NLT)

For the wages of sin is death, but the free gift of God is eternal life through Christ Jesus our Lord. (‭Romans‬ ‭6‬:‭23‬ NLT)

When we were utterly helpless, Christ came at just the right time and died for us sinners. Now, most people would not be willing to die for an upright person, though someone might perhaps be willing to die for a person who is especially good. But God showed his great love for us by sending Christ to die for us while we were still sinners. And since we have been made right in God’s sight by the blood of Christ, he will certainly save us from God’s condemnation. (‭Romans‬ ‭5‬:‭6-9‬ NLT) 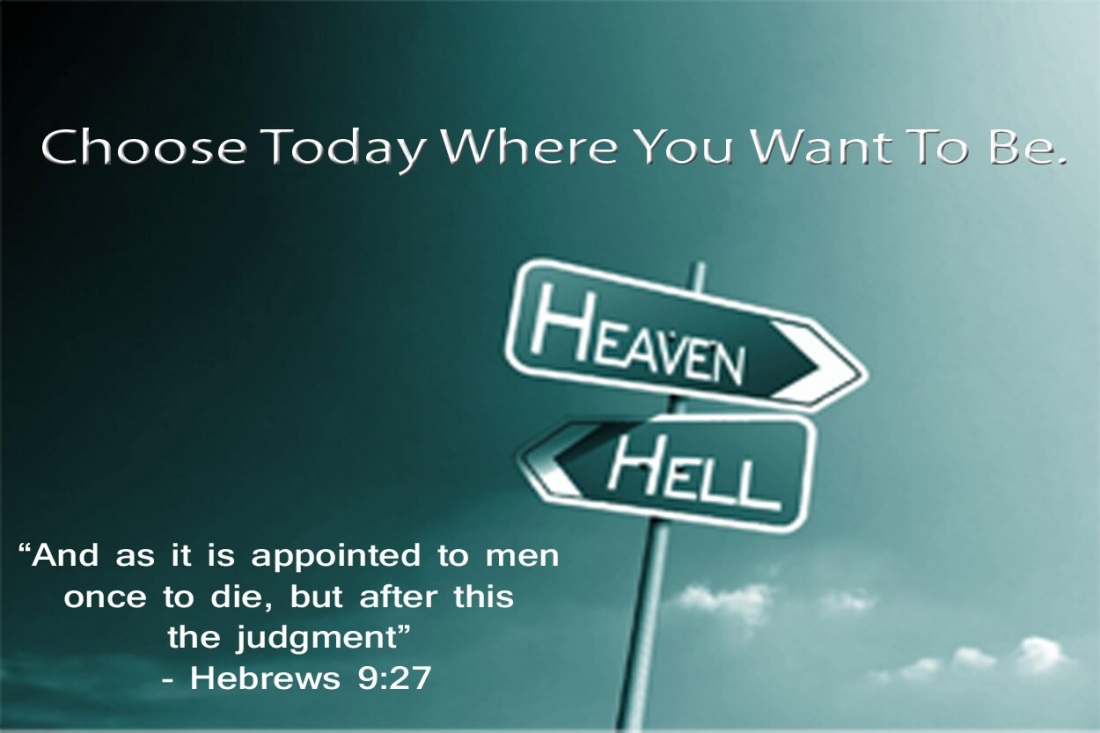